My day in the sun had arrived – my magnum opus would be revealed. I had just delivered a memorized speech that I had labored over for weeks, and I was about to learn how the panel judged my performance. The polite but sparse audience leaned forward in their folding chairs. A hush fell across the room. The drum rolled (in my mind, anyway).

The contest organizer announced the third-place winner. Alas, the name was not mine. Then he read the second-place winner, and once again it was not me. At last, the moment of truth came. ­Either I was about to bask in the warmth of victory or rue the last several months spent preparing. While neither of these came to pass, my heart felt closer to the latter.

Losing is a part of life, and I have dealt with the emotional baggage that travels shotgun with it on more than one occasion. However, it was an indescribably underwhelming feeling to drive 200 miles round trip, get up obscenely early on a freezing Saturday morning, and yet still finish fourth out of four contestants. After Lincoln lost the 1858 Illinois Senate race, he reportedly said, “I felt like the 12-year-old boy who stubbed his toe. I was too big to cry and it hurt too bad to laugh.” Oh yeah, I could relate.

I had spent many hours in front of a computer and in libraries doing research for the Lincoln Bicentennial Speech Contest. As I pored over several biographies, one notion stood out: Lincoln was handed many sound defeats, but he never allowed them to (permanently) hinder his spirit or ambition. While I believe many history lessons can be applied to modern life, I hadn’t considered “the agony of defeat” as a historically valuable learning experience. I never dreamed I could relate to Lincoln! A president no less, and the greatest at that. I thought “failing ­successfully” was a very appropriate topic, given the many letdowns Lincoln experienced, and so this became the title of my speech.

After not placing in the first year of the speech contest, I really wanted to compete again. Lincoln had been the epitome of persistence, so I was not going to give up on a contest about a historic individual who did not give up! I reworked my speech for the following year, and while I did not come in last, again I did not place. Some days you’re the dog, and some days you’re the hydrant, and this was ­definitely a hydrant day that brought me down for a while.

I couldn’t accept the fact that I had failed twice in something that I had worked so hard on, until I contemplated the individual whom I’d spent so much time learning about. Never mind the lost prize money (ouch, major) and praise (ouch, minor) – I had learned, really learned, about a great man who had experienced failure and disappointment, and had many chances to give up. We remember Lincoln because he didn’t take this route; he didn’t throw lavish pity-parties, and he persevered to ­become, according to many, the greatest American president.

While I did not earn monetary awards as a result of this contest, I did gain a new perspective. Through learning about Lincoln, I discovered that I can fail successfully, and that it is possible to glean applicable wisdom from the lives of those who have come before us. Now, whenever I’m faced with a setback, I remember what Lincoln said after his unsuccessful 1854 Senate race: “The path was worn and slippery. My foot slipped from under me, knocking the other out of the way, but I recovered and said to myself, ‘It’s a slip and not a fall.’” 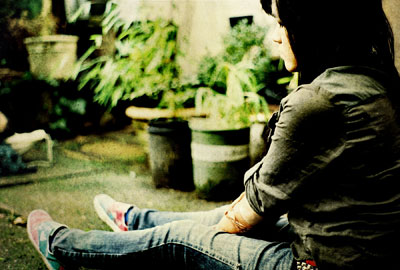 This article has 75 comments.

921698 BRONZE said...
on Mar. 1 at 4:43 pm
921698 BRONZE, El Paso, Texas
1 article 0 photos 1 comment
View profile
I like the example used in this passage with Abraham Lincoln and the change in perspective over time. One thing that i would change is to remove the parentheses in the sentence "but he never allowed them to (permanently) hinder his spirit or ambition."
ewrite04 said...
on Jan. 4 2016 at 2:41 am
ewrite04, Fort Wayne, Indiana
0 articles 0 photos 1 comment

Favorite Quote:
"It is better to be hated for what you are than to be loved for something you are not." -Andre Gide

View profile
This is an extremely well-done essay! Not only did you show perseverance but you showed that you displayed a life lesson and true wisdom. Bravo - I wish you well in your endeavors!
pulledheartstring said...
on Mar. 28 2013 at 7:22 pm
pulledheartstring, San Jose, California
0 articles 0 photos 54 comments

Favorite Quote:
The weak can never forgive. Forgiveness is the attribute of the strong. -- Mahatma Gandhi

Favorite Quote:
When you compare the sorrows of real life to the pleasures of the imaginary one, you will never want to live again, only to dream forever.

I commend you for creating an essay topic out something I would have never even contemplated. I really loved the more tender moments in this piece when you spoke for yourself and revealed your opinion; I wish there were more of them! Great job, nonetheless!

Favorite Quote:
many people will walk in and out of your life, but only true friends will leave footprints on your heart. to handle yourself, use your head ;to handle others, use your heart.Anger is only one letter short of danger. If someone betrays you once, it is his fault; if he betrays you twice, it is your fault. Great minds discuss ideas; average minds discuss events; small minds discuss people. He who loses money, loses much; he who loses a friend, Loses MUCH more; he who loses Faith, loses all. Beautiful young people are accidents of nature, but beautiful old people are works of art. Learn from mistakes of others. You cant live long enough to make them all yourself...... There is no beginning or end. Yesterday is history. Tomorrow is Mystery.Today is a gift, that's why they call it the present

View profile
Good work! I felt that the jumping around would distract from the main message, but it actualy enhanced the essay. The direct correlations to Lincoln were excellent! I'm glad we can be inspired by our own faults.
Salvan said...
on Jan. 16 2012 at 11:07 pm
I found that essay really related to me, because i had face that same failure twice! So I would like to congratulate the writer for his writing and encourage him to not stop writing! He has more availabilities on doing essay indeed! Good Luck! ^_^
inoagoodessaywenic1 said...
on Oct. 23 2011 at 9:21 pm
This was an excellent essay. Although the author never truly succeeded in the judges eyes, she was the true winner by gaining a new perspective on life and what succeeding really means.
Chase P. said...
on Oct. 10 2011 at 8:33 pm
This essay was great I'm glad that you haven't stopped competing.
TongueTied BRONZE said...
on Oct. 10 2011 at 7:29 pm
TongueTied BRONZE, Centennial, Colorado
1 article 2 photos 5 comments

Favorite Quote:
"One original thought is worth a thousand quotings." - Diogenes

As to what TongueTied said:

It is true that this point about defeat and persistence has been made before. Maybe if you put in sortof a disclaimer somewhere..."There are many axioms that we are taught by our elders; you must be gracious, be persistent, and learn from defeat. But it is only when we have enough life experience to apply them that we learn how true they are." Then you could go on to make your point about persistence and learning from defeat.

Favorite Quote:
"One original thought is worth a thousand quotings." - Diogenes

View profile
"One original thought is worth a thousand mindless quotings." - Diogenes

I would recommend to use your voice in your writing. Think about how you talk and write that down. It adds character. Also, a more powerful ending might be within reach if it were in your own words.
snowyluv2bfree said...
on Aug. 17 2011 at 1:38 am
snowyluv2bfree, Plano, Texas
0 articles 0 photos 1 comment
View profile
the ending is beautiful- connection with lincoln's quote + you- yet it seems to lack a passion as temy says. The deepness isn't there yet..
samson said...
on May. 6 2011 at 4:48 am
i think this is a one complete essay
broderick said...
on May. 6 2011 at 4:46 am
u think so?
broderick said...
on May. 6 2011 at 4:44 am
this is a very great essay because it touches on a topic that is applicable to the life of every aspiring teen
temy said...
on May. 6 2011 at 4:40 am
the essay is quite a very nice-considering the personal character spread all over the essay, but i think more passion as to reach deeply to the reader is quite lacking
Mohammed Hussain GOLD said...
on Jan. 1 2011 at 1:57 am
Mohammed Hussain GOLD, New York City, New York
10 articles 0 photos 15 comments
View profile
Absolutely stunning. Gorgeous. I loved it.