Hard day at work or school? Need to escape the city and need to vent some anger? Well, Mirrors Edge is a great game to escape from the ever so demanding world. The game features lush, futuristic graphics that will grab you into the game and won't let go. That is until you press the power button on the console. With a sleek and modern setting in a city where information is highly watched by the government, people have turned to new methods of delivering information, this is where you come in. You play as a runner named Faith. A runner is just about the only way to deliver information without the government prying it out of your hands. You among a select few must deliver information for clients and find the secrets that the government is hiding from the public. Like any other person in the world you have your personal issues. Kate, your sister, has been accused of the murder of the mayor elect. You know, that she is innocent and you must rescue her from the people accusing her.

Mirrors Edge, revolutionizes the first person shooter. Whether it's transporting from skyscraper to skyscraper via zip line, jumping from roof to roof, disarming an enemy, or jumping from a skyscraper into a helicopter this game offers all of the above. Mirrors Edge is nearly playable without weapons and offers a sleek, and stealthy, menu design. Meaning, there is no menu. No health bar no nothing on the screen. Only you and the world'

This amazing game is available to the Xbox 360, PS3 and PC 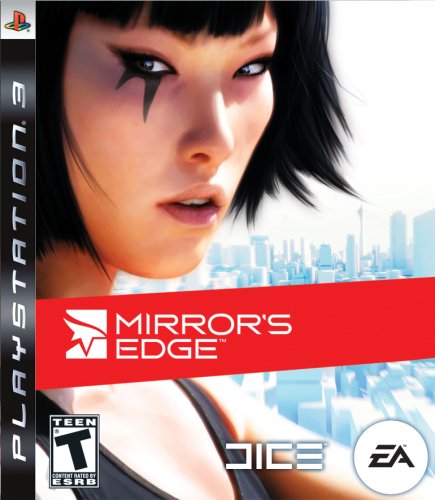 Favorite Quote:
"Life is like an onion: You peel it off one layer at a time, and sometimes you weep."--Carl Sandburg

"If you can laugh at yourself loud and hard every time you fall, people will think you're drunk."--Conan O' Brien